We took to social media all month long, posting historic athletes in celebration of Black History Month. In Addition, we hosted our second BQE Happy Hour on February 24th, 2022. DJ Siz spun Hip Hop from 6pm-9pm while members and visitors worked out and enjoyed our BQE Juice Bar specials including beverages named after Hip Hop legends such as Naz.

Members who signed up for the Hip Hop HIIT class during happy hour also got in a great work out! See photos and some of our highlighted athletes below: 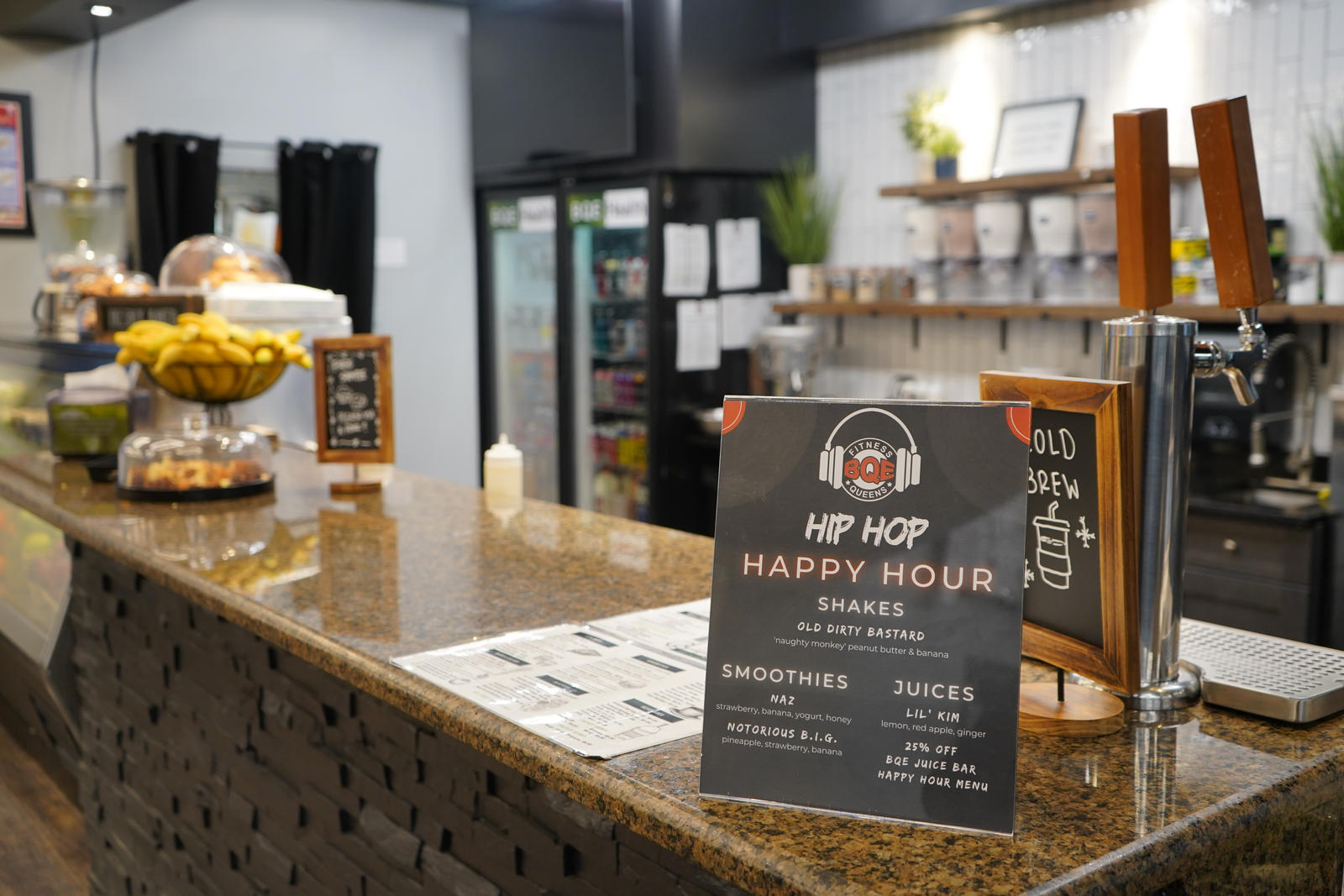 A six-time Olympic medalist, she is one of the track and field’s most decorated athletes. Joyner-Kersee also won four world championships.

As a slam dunk champion, NBA champion and movie star, Jordan became a worldwide icon and expanded basketball’s popularity to all corners of the globe.

Blake Bolden was a pioneer as the first Black player in the National Women’s Hockey League.

At age 45, George foreman became heavyweight champion of the world when he knocked out Michael Moorer.

At the 2006 Olympics, Shani Davis became the first Black American athlete to win an individual gold medal at the winter games.

Johnson is often credited as being one of the players who helped save the NBA with his on-court skill.

With 23 titles, Serena Williams has won the most grand slam tournament sin the open era since 1968.

During the 2016 NFL season, distraught by the history of mistreatment against Black Americans and minorities, decided to kneel in protest during the national anthem.

A three-time WNBA most valuable player and two-time WNBA champion, Lisa Leslie is a pioneer in pro women’s basketball.

No comments made yet. Be the first to submit a comment

By accepting you will be accessing a service provided by a third-party external to https://bqefitness.com/